The Nick Cave / Barossa Campaign Shouldn’t Work, But Will 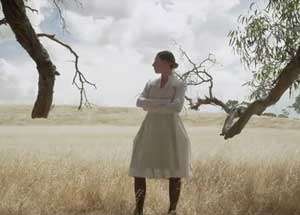 25 Dec The Nick Cave / Barossa Campaign Shouldn’t Work, But Will

I love Nick Cave. As a teenager and young adult, I had each Bad Seeds album and subjected everyone in my family, and later share houses, to The Mercy Seat, The Weeping Song, strains about Alice waking and smoking Christmas trees.

I also love the Barossa. Last year I drove through the vineyards, stopping along the winery roads, tasting vast numbers of pinots, cabernets and merlots. Grazing on the food at Maggie Beer’s beside the sapphiric blue dam full of pootling turtles felt like heaven.

But that’s where the linkage ends. For Nick Cave’s brand and the aspirations of the Barossa are as bad a fit as any I have come across. And that’s the point.

The campaign objective is to reposition the Barossa as a destination because it is ‘foodie’ as well as ‘winey’. Brand campaigns that use celebrity endorsers usually do so for what is called “image transfer.”

It is pretty simple, really. All the associations that a celebrity conjures in the mind of the consumer are transferred to the brand that seeks the advantage of having those associations too – with both commercial magic as well as potentially disastrous results.

Nick Cave is a brilliant storyteller and one of Australia’s subcultural icons. The truth is, in the mind of this consumer, Nick Cave stands for violence, murder, death row, seedy bars, the carnivalesque, incest, heroin addiction, and alcoholism.

The effects of Image Transfer is not the end of the story. There is also “values of transfer”. At first glance, it is hard to see how Cave’s catalogue of negative associations would be a ‘winning’ formula for the Barossa.

There is a very good reason why major alcohol brands never sponsor alcohol recovery programs as part of their Corporate Social Responsibility – they don’t want the association. They’ll do their good works in other ways, like supporting an environmental issue or a cancer cause and so on. To acknowledge the negative social effects of their product is considered commercial suicide. In that sense, alcoholism and a wine region is a misfit.

I saw a preview of one of the campaign ads at the Newtown Dendy cinema. The imagery is beautiful, and much like its successful cousin, the Run Rabbit Run campaign for the Yarra region in Victoria a few years back. Have another look and compare it to this one.

The psychology behind the themes is striking. That campaign was redolent of Stanley Kubrick’s, The Shining. Both campaigns, intentionally or not, tap into latent fears that many city-siders have about the country.

The soundtrack for the Barossa campaign is Cave’s Red Right Hand and the juxtaposition made me at first think that I was watching a preview for a mid-budget Australian horror flick. Maybe to people who are not familiar with Cave’s music, the ad has a sense of buoyancy and happy expectation, but to me, the song has strong overtones of a fairly barbaric nature.

The whole thing is creepy. Really creepy. The final shot is of a figure exposed on a hill in the middle distance, being observed by an onlooker in the corner of the frame. The tagline is “Be consumed.’ It all reminds me of Cormac McCarthy’s The Road and cannibalism generally. Maybe, for this reason, it will work a treat.

It is probably not awareness the Barossa is needing, it’s the perception that the Barossa isn’t boring. Adelaide, after all, is the city of churches and a place, albeit beautiful, in which not much happens. Perhaps this campaign will inject excitement by tapping into that urban fear – that the country is full of incestuous cannibals and what an adventure a trip there might be.

Take a litle walk to the edge of town
Go across the tracks
Where the viaduct looms,
like a bird of doom
As it shifts and cracks
Where secrets lie in the border fires,
in the humming wires
Hey man, you know
you’re never coming back
Past the square, past the bridge,
past the mills, past the stacks
On a gathering storm comes
a tall handsome man
In a dusty black coat with
a red right hand

He’ll wrap you in his arms,
tell you that you’ve been a good boy
He’ll rekindle all the dreams
it took you a lifetime to destroy
He’ll reach deep into the hole,
heal your shrinking soul
Hey buddy, you know you’re
never ever coming back
He’s a god, he’s a man,
he’s a ghost, he’s a guru
They’re whispering his name
through this disappearing land
But hidden in his coat
is a red right hand