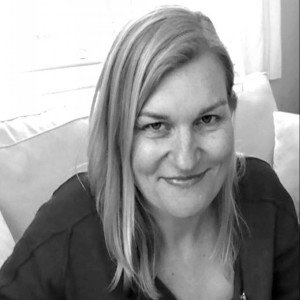 Marketing Warfare states something from the outset that is almost unthinkable. Don’t be customer oriented. Millions of dollars have disappeared along this path. Companies end up with similar products and services. Often customers don’t know what they want. Instead, they say, be competitor-oriented.

“The marketing battle is one for the mind of the consumer. There are no facts in a human mind. There are only perceptions. The perception is the reality.”

Ries & Trout implore us to carefully dissect each participant on the battlefield, their strengths, their weak points. And the terrain. What terrain is occupied? What hills have been claimed? Where are forces entrenched?

The warfare analogy lasts the duration of this compelling book. It moves us from the battlefield with George S. Patton to behind the desk with the CEO of General Motors on a journey to slaughter sacred cows and reveal the fundamentals.

The ‘Our People are Better’ Fallacy

Many organisations believe and tell their staff that even though they are small, they have the advantage of better people. Alas, marketing warfare cannot be won on the basis of better personnel.

The ‘Our Product is Better’ Fallacy

It is very difficult to change the human mind once it is decided. When people see an advertisement, they instinctively categorise it one way or the other – that’s right or that’s wrong.

“People will betray the evidence of their own senses to go with the majority.”

In the United States, Burger King is known to have better burgers than McDonald and yet McDonald’s is the market leader.

McDonald’s is not number one because of better burgers, but a better strategy. It was the first in, expanded quickly and applied pressure.

The weakness in McDonald’s is what makes it strong – the consistency and speed: the assembly line. Like Henry Ford, “You can have any colour as long as it’s black”, you can have any Big Mac, as long as you want the pickle, special sauce, lettuce and onion.

If you don’t, someone has to go out back and fiddle with the assembly line and it’ll take a lot longer. This is the weakness, inability to customise. (McDonald’s has now changed their product offering to enable more tailored menus.)

This is where US Burger King got it right from the start.

The Four Types of Warfare

The odds are on their side because of size and sheer force. Any strong competitive moves against them will be blocked.

Offensive – this is usually the number two or challenger. They attack with the objective of unravelling the leaders market share and taking a slice for themselves. Pepsi is a challenger to Coca-Cola. For a successful offensive war, you must find the weak point in the leader.

Flanking – this is where a smaller competitor will come in from the side in uncontested terrain where there is a market that is not served by the majors. It has the element of surprise and does not directly go after number one. You can flank through a new product or a significant variation. Aussie Farmers Direct launched a flanking attack on Coles & Woolworths through a unique distribution system – the milkman. (Side note: as at May 2018, Aussie Farmers Direct is in financial strife and likely to go out of business.)

Guerrilla – the old black pyjamas game. A guerrilla is about being a big fish in a small pond. You find a niche where there is a gap and concentrate on dominating that niche. You keep your head low and bail out quickly if need be.

For attacks to be successful they should be launched on as narrow a front as possible. You cannot be all things to all people.

Marketing Warfare borrows from a number of great military strategists: Clausewitz, Bonaparte, Patton. It is insightful, well-written and great fun.  What startled me most was that so many companies make such big strategic blunders and others then repeat these mistakes over and over. It’s a reminder that those who don’t study history are doomed to repeat it.

(Note: current thinking is to be ‘market-oriented which is a combination of customer, competitor and cross-functional team-oriented).

For an instructive romp, Marketing Warfare is highly recommended.

Why so many businesses fail on strategic planning

From unrealistic goals to a confusing plan or poor research, there are a few reasons why company strategies are often no good. But the answer may be simpler than you realise.